After the acquisition of basic knowledge through the Foundation year, ECV students in Animation get to learn the fundamentals of animation and of digital creation.

After the acquisition of basic knowledge, ECV students in Animation get to learn the fundamentals of animation and of digital creation. They study illustration, the creation of universes and characters in either two or three dimensions. They will also be familiarising themselves with 3D techniques, from video, to image processing and motion capture in order to make their first animations.

This year will allow you to acquire a real methodology of work. Training is structured around practical projects allowing the appropriation of knowledge, the concrete acquisition of abilities as well as the development of a particular artistic identity. Throughout the 2nd year, students will produce, as a team, a 2D animation and motion design short-film, carried out as a semester project.

During the 3rd year, each student individually produces an animation short film, allowing him to comprehend the full chain of production which is can be broken down to three phases: pre-production, production, and post-production.

The creative dimension of the students work is supported by the elaboration of an animation project or of a demo reel.
At the end of this year, students confront themselves with professional reality with an internship. An necessary experience at this stage of the course. 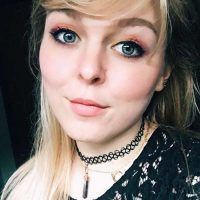 When I was shown the Bachelor’s degree in 2D/3D Animation during an open day, it just clicked for me. At that moment, I knew that was what I wanted to do ! 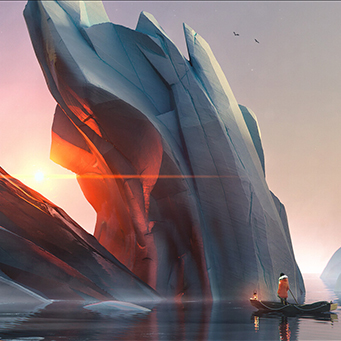 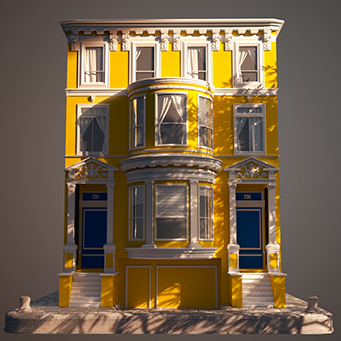 Character design is a highly valued position in video game and animation studios. Charisma, proportions and style are all key factors in the creation of a good character. Beyond the actual drawing, students need to capture the character’s typology by defining its psychological and sociological attributes to create a better design. These are also determining factors for the animation in production.

Students practice sketching in an environment outside of the school such as museum exhibits, public gardens, train stations and streets. The drawing of architectural spaces and statuary develops respect for proportions, volume and perspective, in the foreground and background. Students learn how to make choices, capture the essence, and draw quickly.

Probably the most important course and also the most extensive. Students have to design a self-consistent environment that can then be used in a work of animation. Perspective, volume, morphology and analysis of movement will define the specifics of the characters populating this imaginary environment.

The main assistant to the director, the storyboarder divides a story into images and makes framing and editing decisions. After scripting their stories, students will learn how to illustrate short sequences in precise images, an essential step in film production.

Traditional 2D animation is essential for mastering the complexity of animation, for that is what brings drawn characters to life. The many technical constraints involved are difficult to grasp and provide students with a rich learning experience. Softwares: Flash, After Effects.

Rigging is a 3D animation technique for constructing a character’s skeleton. The armature needs to be built to match the animation, based on the character’s morphology and specific features. The stage after rigging, skinning is the process of binding a character’s mesh to the skeleton, adjusting joint bends and verifying the accuracy of the model’s deformation.

Modeling is used to create backgrounds, vehicles, characters, etc. Once this technique has been acquired, students can transform their creations into 2D and 3D. Softwares: 3DS Max, Maya, ZBrush.

Scenography is the art of staging in which lighting plays a key role. The effect of light on textures and backgrounds will set the scene’s realism, tone and style. Softwares: 3DS Max, Maya.

The objective of this course is to acquire the skills necessary for setting a character or object in motion. Based on the modeling of shapes, students bring their creation to life. Softwares: 3DS Max, Maya, Motion Builder.

We use cookies on our website for its proper functioning and for audience measurement purposes in order to provide you with an improved and personalized visiting experience. Of these cookies, those in the "Necessary" category are stored in your browser because they are essential to the basic operation of the website.

Cookies in other categories will only be stored on your browser with your consent. You can therefore choose to enable or disable each category of cookies below.